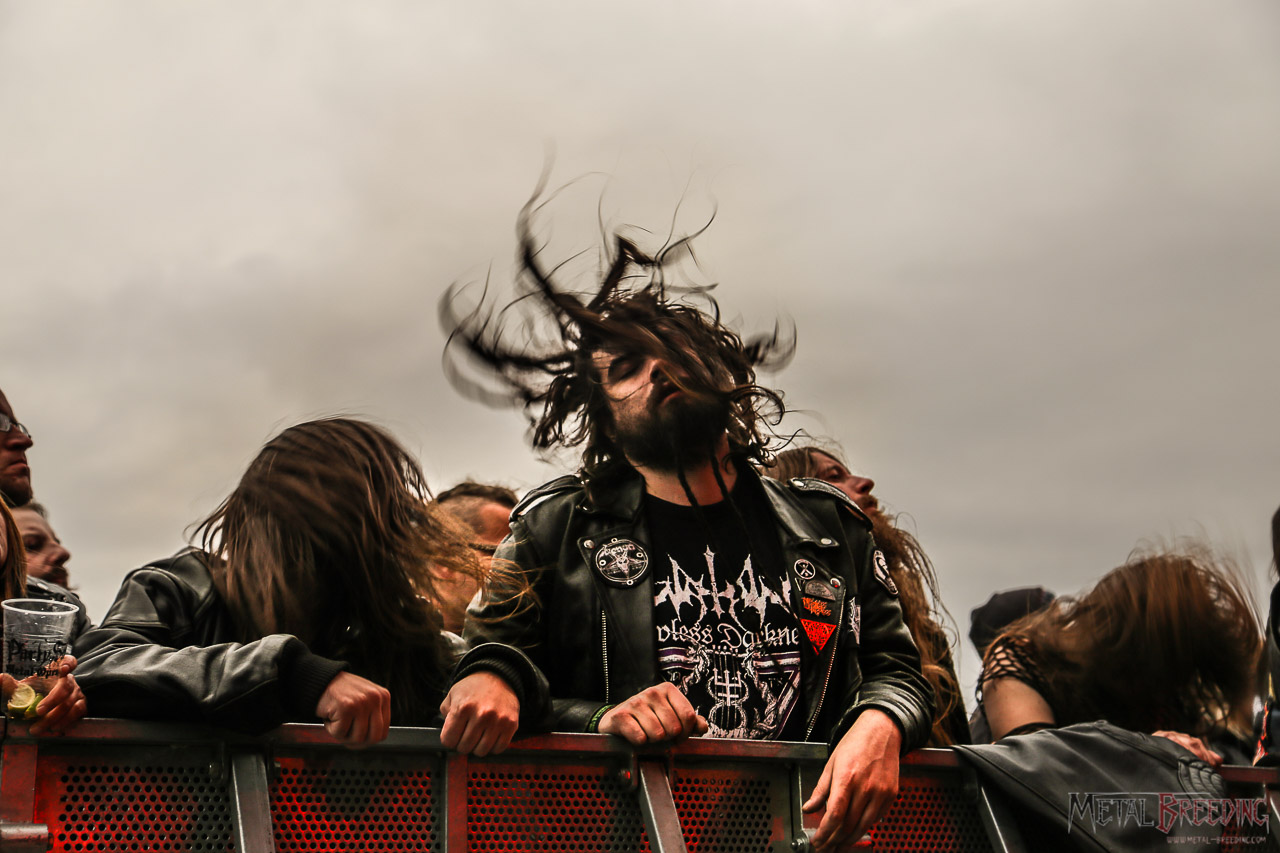 Great to be here to join again at Party.san open air, one of amazing festival around Europe, after one year waiting for, finally the time is coming , time for all of Extreme Metal fans to show up and join at Airstrip near Schlotheim, Thüringen, Germany.

Welcome to Hell that the first you will be shown before entering the Camping ground. More that 3 hours drive with car finally we arrive at Party.san open. after passing from security control we are allowed entering the camping ground after we are done build our tent put all the staff finally we can enjoy our first beer and join with sitting with other friends, at that moment I just say to myself how nice to be here again and see all friends.
One hour before the opener band plays we went get some lunch and exploring around the Stage ground to see what is something new this year. but it seems nothing changed as like last year and this is the exceptionally great compliment. that only changed this year is more bands are playing and more great line up, that all what we need as a music fan of metal, also the event organizer seem want to make more better, making things as comfortable as possible for bands and fans. around 9000 visitors are joined at Party.san this year it seems more that last year, it was quite crowded in stage ground on the fist day of Party.san.
View minute after check sounds the first band ready to open the Party.san 2016 which Black Metal band from Germany Leipzig the band Colled

II this band was big asking for me?? and thinking what the name of band only II after i found out II that is a short name of the band (Infernal Invocation). Never hear the band before but they are quit interesting which Death metal mix with Back Metal and some great groovy tempo change, bring crowded and warm atmosphere at the time which great live performance for opener band.
following after the first band a Black Metal band from Stockholm, Sweden Mörk Gryning.

stroke according to the old recipe and very Melodic keyboard. Simply took elements that were present in the works of their contemporaries and mixed them together, most black metal from this period centered on such things, but the creativity of the musicians involved made each band's interpretation worth listening to. was great performance which covered with artificial blood and dressed in a hood .
Continue with Gruesome

the Death Metal from the US, As Death influenced which frontman Matt Harvey a members of band Exhumed. So you could not get the full Exhumed package, but the four of Arroyo Grande had a few nice grooves in stock, which could quite encourage the head shaking.as Death Metal project Gruesome is humbly determined to keep Death’s classic sound alive as faithfully as possible. In addition, the band also plays the first time in Germany.
A Swedish progressive Black Death band from Arvika

Tribulation. every impressive live performance which unique, crazy outfit and awesome face paint , not even that they are really tight at the show especially Jonathan Hultén the guitarist never stay quiet always move around the stage, try to keep contact with the audience.who is very amusing and likes to play with a cheerful pirouette, contributes very much to a lively and dynamic mood. seem all the audiences are enjoyed all long the show.

Time still keep moving quickly next is the fifth band gonna hit the main stage of Party.San Necros Christos a Germany Black/Death Metal from Berlin. Even at that time wasn't good weather but there still crowded and The mood is gloomy of the audience, creates a gigantic, heavy and, above all, black sound wall. However, the musical inspiration comes more from the Eastern folklore, especially of Persia, India, and the Arab countries.which modern sounding, blast beat -lastiger Death Metal bands.

The Norwegians Heavy Metal Arcturus,as influences and incorporating elements from all over the musical spectrum including black metal and classical music.although the Norwegians actually not even want to squeeze into the progressive drawer because even this is too restrictive. With a well-known cast Hellhammer of Mayhem, Vortex as ex-bassist of Dimmu Borgir as well as Sverd, Skoll and Knut Magne Valle as Ex-Ulver-members makes the band attention.
The Polish Black Metal Mgla, Magla

in Polish language means Fog with pronounced as "mgwa". Formed in 2000, mostly they are using a session guitarist and a session bassist for their performances. The Polish outfit truly nailed that maddeningly delicate balance between raw aggression and melodic atmosphere, The powerful rhythms create a powerful dynamic, which discharges itself in grim applause storms.without a word to the densely crowded crowd and extremely precise.
After view minutes break, finally the Old school Death Metal from Us, one the pioneers of the Death Metal genre Obituary hit the mainstage. without words and no compromise

come out the first reff of Redneck Stomp, it already blows up all audience. even they are view time already play at Part.San. i have show them view time in some another festival, most of the show of them are lost the energy, like the Vocalist John Tardy after one track done he just go back in back stage, stand there wait the next song are coming and bank to singing, but this time they are playing grateful and tightly, great sound. also, most audiences going crazy and enjoyed all the long of the show.

Time for the Headliner Paradise Lost. the Gothic, Doom Metal from Halifax, West Yorkshire, England, are considered by some to be one of the pioneers of the death-doom and Gothic Metal genre. they are also celebrated old songs like "As I Die" or "Hallowed Land" although was a bit rain come down and windy on that time, cold and unpleasant drizzle have been around for a while, but of course the hard boiled festival goers can not be influenced, was enjoyed to see them all long the show while drink beers.
what for a great day we had today see all the day great band hang out with friends drink beer i think there nothing to have a complaint. and also that mean the first day of partysan is done , not, like every year there always a party after show at party tent wich great music DJ also right time hang out drink beer before get sleep.