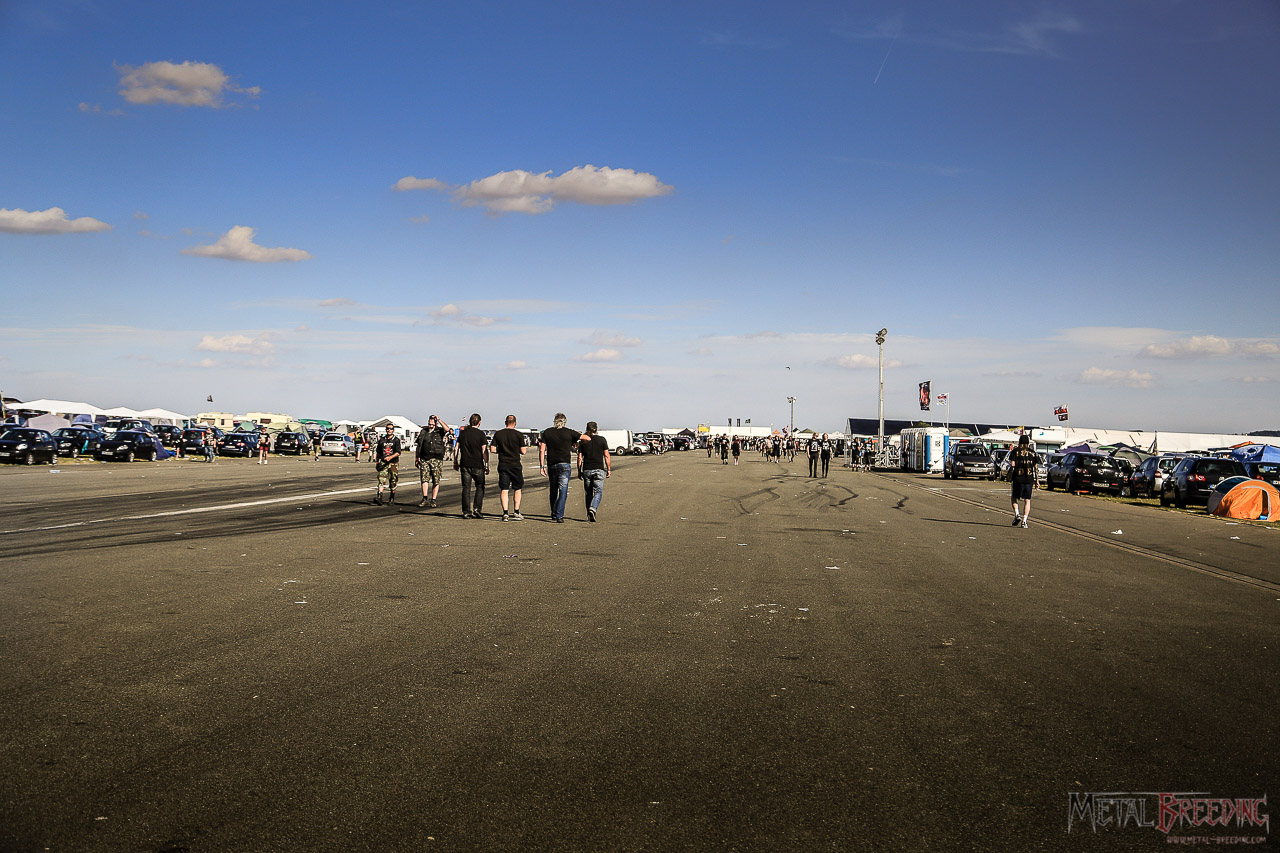 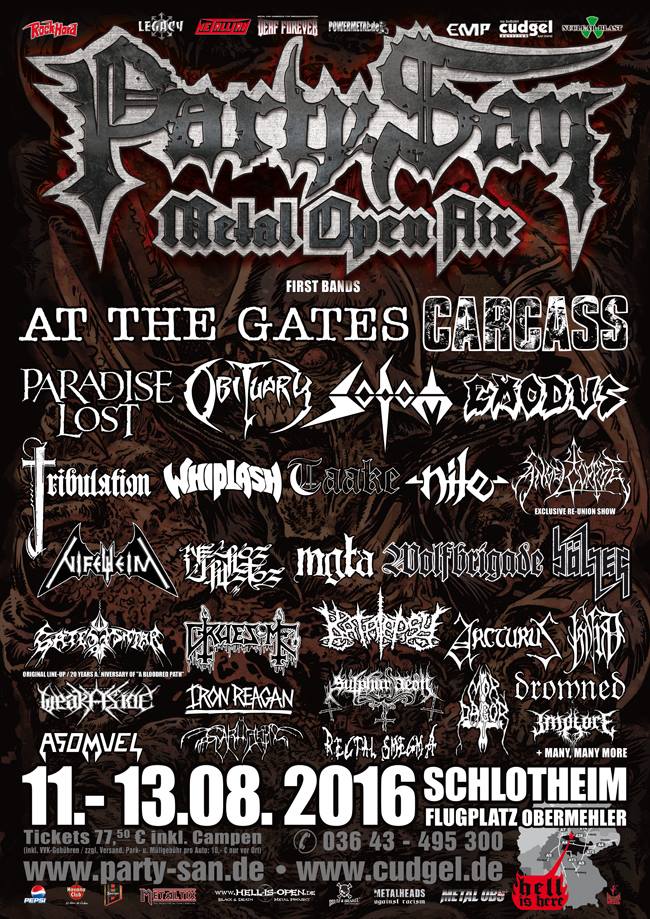 The Gates Of Metal Hell will be re-opened, once again for "Party.San" (August 11th - 13th, 2016). The Biggest Extreme Metal Fest that most metalheads have been eagerly awaiting, since last year. The event will mainly tout Death Metal, Black Metal, Thrash Metal, Doom, and Grindcore, for this round. Featuring an explosive mix of bands from around the world. This one is one you will not want to miss!

When we look back to previous events, we can see how much the name and the event itself has grown. Remaining true to their cause, and to their roots, while still keeping the event Independent. The organizers have made sure to keep it true to the fans of the event, throughout it's lifetime. This year, like every year, there will be kickoff/Warmup parties during the weeks leading up to the event.

The event will be held this year in the town of "Thuringia", for the Party.San 20th anniversary. The 3-day ticket will be 76.50 Euro, but well worth the money spent, for one hell of an event. Roughly 50 bands will take the stage this year, with something for every generation of metal fan. There will also be two stages set up this year as well (Main Stage, and the Tent Stage). A look at the roster for this year shows the festival is stronger than ever, which is a great sign. Looking at the band list for this year, was a pleasant surprise, seeing so many high-caliber acts for one event.

Although some well-known names had to cancel (Such as Nile), the event still promises to bring a one of a kind, and unique festival experience to metal fans. Keep an eye out, because they are still in contact with bands, and additions are sure to be announced soon!