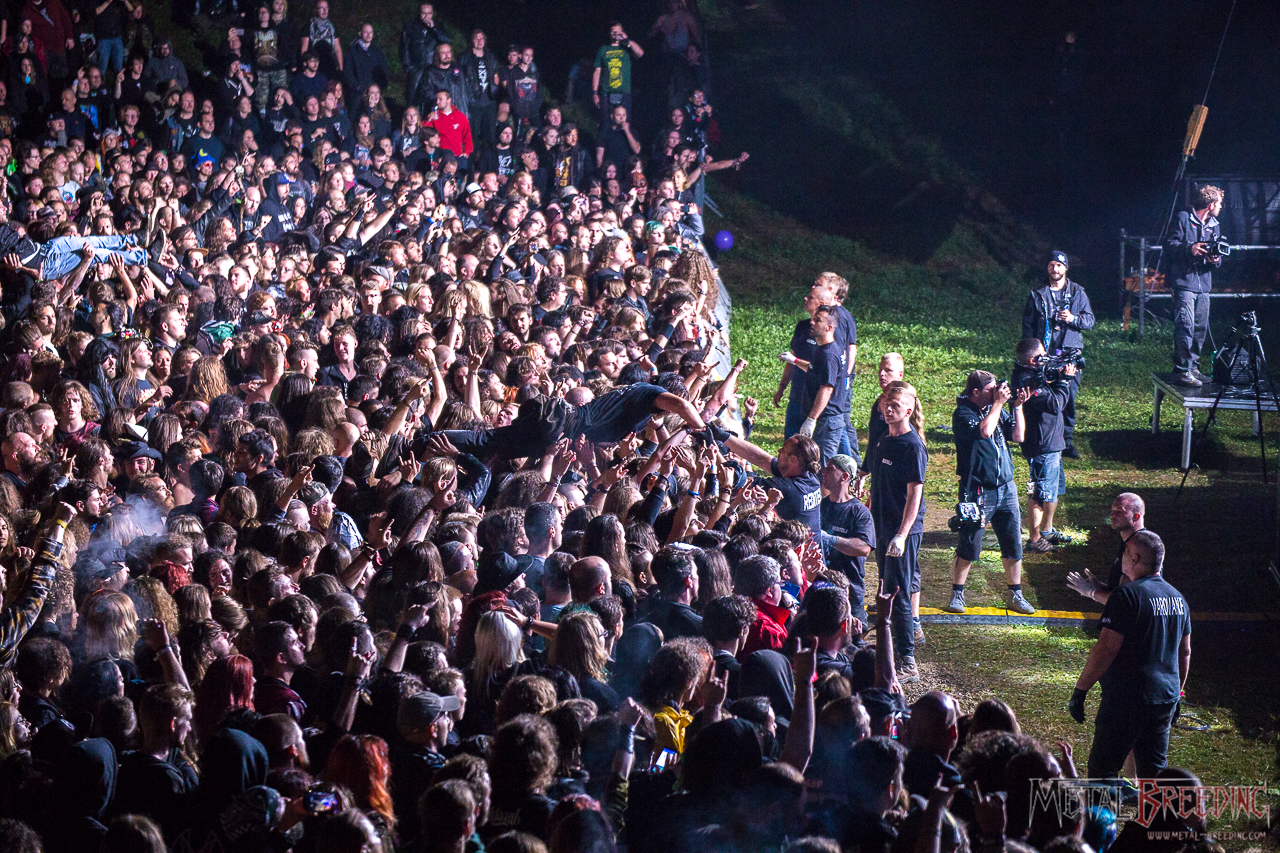 survival from the storm yesterday just lucky our tent still stand up, it was wet from the rain. just hope today will gonna be a nice weather that yesterday. even though the sun shows up in the morning but still don’t sure it will gonna be good weather. the weather is change so quickly. after cleaning up the tent and make dry some wet stuff we went to Tolmin Town get some breakfast before the to see the first band play at the second stage. 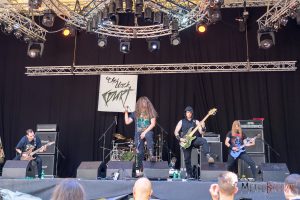 While waiting for the first band we just grab a coffee sitting in second stage ground. there all the stage crow seem busy prepare stuff for the band. view minute after that soundcheck are done it means the party of second days at Metalday ready to start with Melodic Death Metal band from Hannover Germany The Black Court. The Band was quite impressive which groovy riffs, double bass, and heavy sound were perfect mix together. great performance even at the beginning was not so much audience show up after view song is 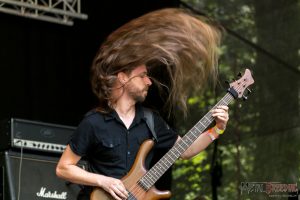 more and more audience show up.

Following by next band Transceatla the Progressive Rock & Metal. Transceatla from Romania with its comfortable progressive numbers provide a relaxed atmospheric mood, which many of variables sound. you can hear up and down there in the song the composition, which great mix between clean and harsh vocal very interested mixing which clearly Technical Death and Progressive Death. 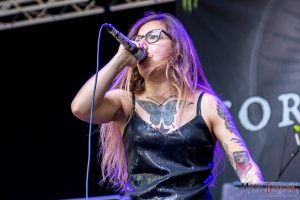 Netherland band, For I’m King a Metal band, which headed by frontwomen. great musician which melodious heavy riffs and double bass. catchy, groovy and a lot of break down part. their mixture of modern elements and folk, sound more into Melodic Death Metal/Metalcore. great vocal technic and very aggressive and an outstanding live performance was great to see them all long the show. 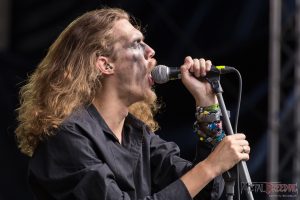 Back to the Main stage (Lemmy Kilmister) stage to catch up the first band Dead End the Death Doom Metal from Netherlands, one of the old Death Metal band in Netherland which 2 demos released in 1990 and 1991 were at the beginning they more into Death Metal which switched into Doom Death. even they are an offering from a record label but some of them can’t make it because of study. great live performance 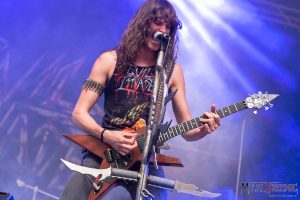 Back to the Second stage to join with of Speed Metal and Thrash Metal fans, it was a big crowd full of the audience wait for the show begin. Evil Invaders.After success full with touring around Europe they are here join us at the second stage of Metaldays. The band is quite known in the extreme metal scene. Which very energy live show, virtuosity style, and aggression. high screaming following excellent chugging riffs and breakneck drumming. Delivering a big circle pit during the show which always try to keep contact with the audience. was a great performance which great stage show. 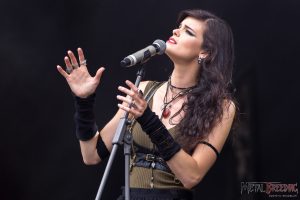 The Austria Symphonic Metal band Visions of Atlantis headed by female fronted. Which influence of two a success Symphonic Metal bands Lacuna Coil and Nightwish. The music ranges from a fast paced melodic style of power metal slowed down to a more gothic inspired sound which melodic guitar lines twining alongside piano segments. great female and male vocal team combination. Was great performance even at that time only a few of audience, of course, it sadly for the band but they still keep and give the best show to the audience.

About 20 minutes break you make hearing the sound check for the next band at the main stage, at the same time seem looks like rain will be coming soon there a huge black cloud from behind the mountains come slowly to us. only a few minutes after, started a raining mixt wind the weather change very faster. usually, the next band will be hit the main stage is Krisiun but that not possible for them stated the show because of rain wind and thunder. about one hour after the Sanctuary, we just hear the 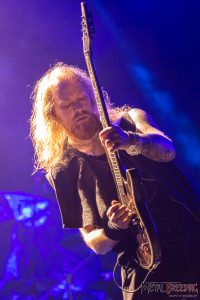 sound from far it make not possible for to take the photos because of bad weather. we just thought Krisium are canceled. after we get some info that the band schedule is a change which Krisium will play for the last band at second stage replace a band is a chancel (Kadavar).

As the rain stop and the sky are a bit clear there at main stage five guys from Sweden Katatonia, ready to rock calling out the audience into the Lemmy Kilmister Stage. It was a few years ago since the last time I saw. But this day seems they quite meaningless for me. even they are quite sympathetic and also the announcements are kept friendly, the 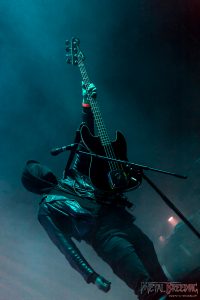 re is something missing from them.

Back to the second stage which the Polish black metal band Mgla hit the stage. the audience were going crazy as the four guys saw up, which identical unique costumes with covering their head with black nylon. There is a contrast between absolute emptiness and catchy riffs where one wants to leave, which brings the music so clearly, which in turn makes the band so special in the scene. With their unique style, although their set was varied and great live performance. 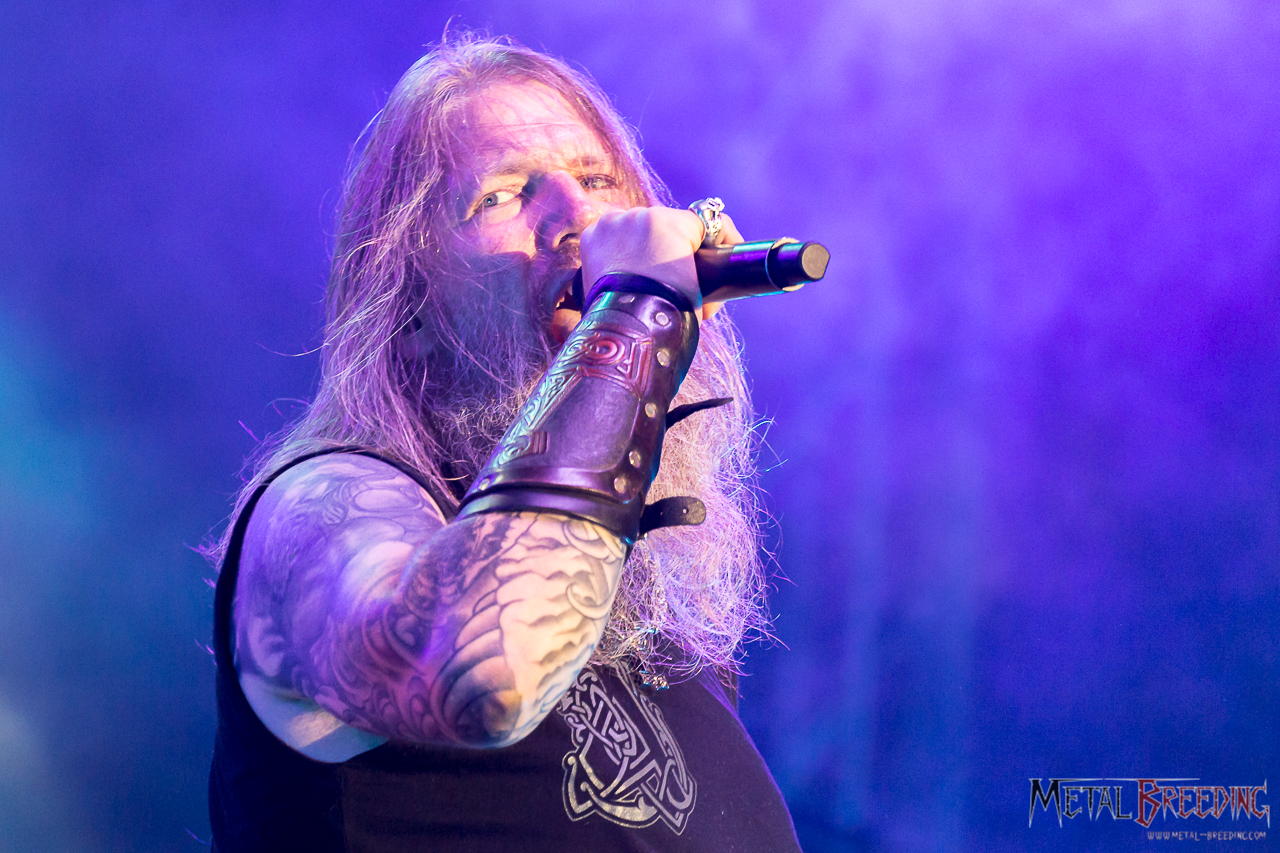 Amon Amarth who don’t know this band one of the folk band is successful in their scene. The Swedes are starting their melodic death metal show with “The Pursuit of Vikings” whose powerful reef is actively sung by the audience. Trading their old, raw melodic death metal sound for a stripped down, slightly more aggressive traditional heavy metal sound imbued with growling vocals. very tight sound and catchy guitar riffs and double-bass drum and groovy there more Death metal element in every each track from them. Great the full of Viking’s decoration on the stage Their drum set was sitting upon an imposing Viking helmet surrounded by the platform look really amazing. they are really perfect in every detail which impressive fireworks and pyrotechnics. Meanwhile, they’re down the stage the audience is going crazy bring most of the fans floats towards the stage continually till the end the show. It’s fun to watch them live performance and a great performance. 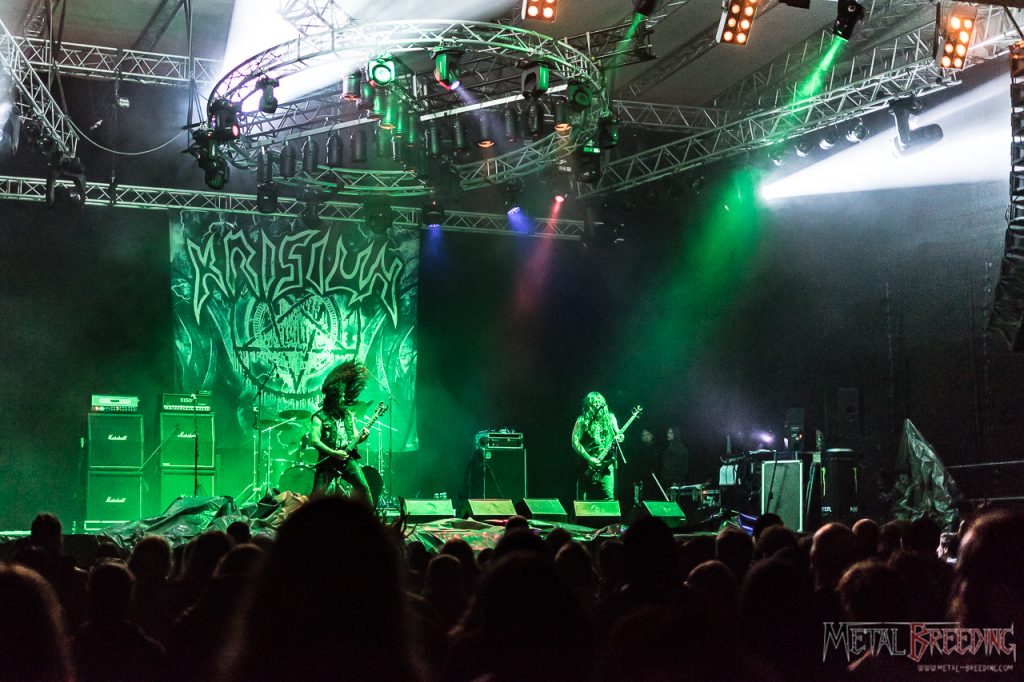 Time for the trio guys from Brazil the Brutal Death Metal band from Brazil. hit the second stage for the last band. At the beginning, they were a four-piece for a very short period of time before deciding that they worked better as a three-piece after Mauricio Nogueira left. formed in 1990, by three brothers. I have been seeing them live show a several time. Krisiun ensures by his brutal death so characteristic, blending blast beats bursts that can be assimilated to submachine guns coming from the favelas and riffs. However, the majority of the audience appreciate this little interlude and welcomes with joy the recall, consisting of a cover of Motörhead (‘Ace of Spades’) bring the audience join singing together was amazing and blast to see them this evening here at the second day of Metaldays 2017.